I’m convinced that Joss Whedon only cast Amy Acker and Alexis Denisof as Beatrice and Benedick to make up for killing Fred on Angel.  (It couldn’t be because they’re both awesome Shakespearean actors.)  Seriously, seeing Much Ado About Nothing really took the sting off her death.  I like to think that after the apocalypse that ended the Angel series Fred and Wesley were reincarnated as Beatrice and Benedick and are living happily ever after.  I loved Angel but holy shit that ending was rough.

Ahhh…Much Ado was, in a word, delightful.  I’ve been excited about it since I heard it was being made, which was forever ago and it did not disappoint.  All the actors were wonderful and the physical comedy from Amy and Alexis was great.  I’ve been on a Shakespeare kick lately and this was perfect timing.  I’d love to see another, Joss.  What do ya say? 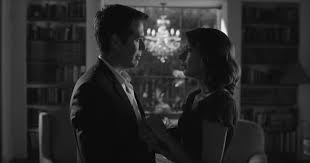 Sigh.  I wish they were a couple in real life.

Tell me what you think Cancel reply

Book Humour. A Sideways Perspective on the Bonkers Business of Books

Belle of the Library

... the musings of a thirty-something, married, Southern teen librarian turned Stay-At-Home-Mom with a 14-year-old's sense of humor, an awkward spirit, and a stubborn, mouthy, redheaded country boy to accompany her through life.